United in the belief that every child, regardless of gender, deserves an equal opportunity to learn, our members champion change for girls through the educational power of play. By joining us, you can keep closer to the cause, get more involved and hear exclusive insights from expert speakers through a lively schedule of news and special events.

How you can change lives 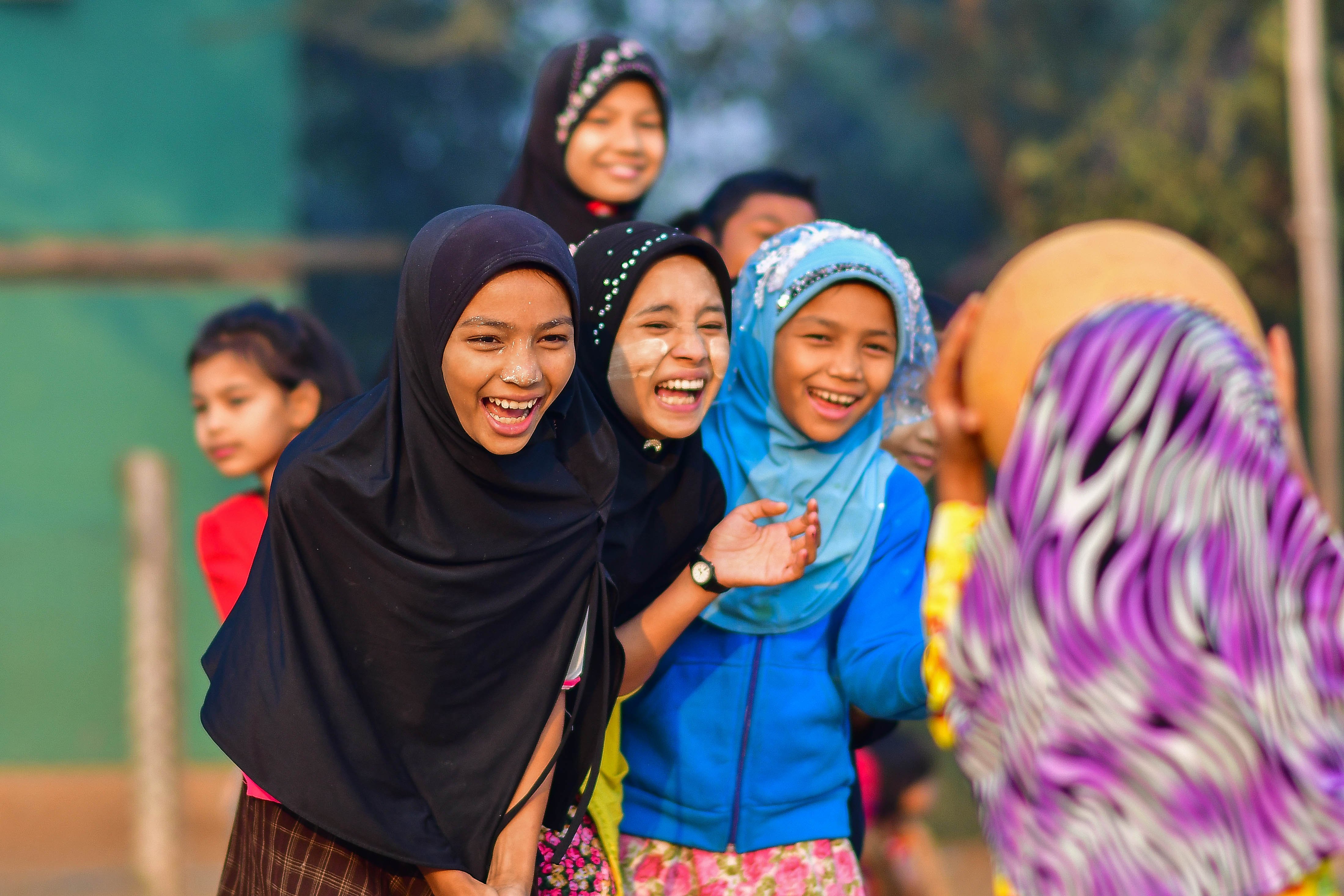 Making up around 70% of the world's poorest one billion people, women and girls often find themselves powerless in the face of gender-based barriers, stereotypes and discrimination.

With the odds stacked against them, their chance of escaping the cycle of poverty is slim. Marie was six when war forced her out of her Burundi home into constant fear of hunger, disease and rape. But, thanks to a Right To Play scheme at a refugee camp, her hope was restored, as she explains here.

Of the one million children like Marie we reach every week, 47% are girls. As her story illustrates, play-based programmes provide powerful tools to challenge inequality and equip girls like her with essential life skills, while providing solace from unimaginable hardships.

Of our 31,900 teachers and coaches, 73% are female. With the benefit of new-found confidence, strength and knowledge, these girls can better protect themselves from disease, get an education and overcome deep-rooted prejudices to improve their life chances. ​

Will you champion change for girls?

As part of the Network, your support will be extremely welcome. What’s more, you’ll be in very good company and it’s easy to join. All it takes is a minimum monthly gift of £30 or an annual donation of £360.

Make a regular gift, or give a one off donation, to champion change for girls by clicking here

Right To Play is challenging the deep-rooted discrimination against girls and women which remains so widespread today, especially in some traditional societies or places dogged by war and hardship. Millions of girls still miss out on the education they need to safeguard themselves from violence, sexual exploitation, poor health and a vicious cycle of poverty. We want to bring about change for them, and in time, for their children. Here are some of the ways we do this.

Play at our core

Right To Play uses versatile games-based approaches to educate more girls on how to protect themselves and improve their life chances. Every week we reach two million children, 47% of them girls. Combining fun and fair play, these girls take part in activities to promote gender-sensitive learning.

We train people, including community leaders, teachers and young people, to become volunteer coaches. Of our 14,900 coaches worldwide, 58% are female. They’ve all beaten the odds to become community role models and champions for gender equality. They include girls like Marie, who fled from war in Burundi and Nidal, a young Palestinian woman who has lived her entire life in refugee camps. Hear their moving and inspirational stories on Soundcloud.

Along with self-confidence, girls gain practical skills, for example financial literacy and how to become active community citizens, to improve their work prospects. At the same time, they learn how to better protect themselves from HIV, unwanted pregnancy, sexual abuse, violence, prejudice and conflict.

Empowering girls is just part of the story. We also work with boys like Jonathan, 16, to encourage respect for girls and to treat them as equals. Jonathan grew up in Rwanda, where 48% of females aged 15 to 49 have experienced gender-based violence. As one of our young leaders, he has taken on board the Right To Play messages and helps integrate girls into the community. He no longer sees girls as ‘useless’ as he did before joining the programme. See his story on our gender equality case studies page. ​

Many obstacles can prevent girls from learning. For example, a lack of separate toilets and poor provision for menstrual hygiene at school can contribute to absenteeism and then dropping out among teenage girls. To find out how we’re improving sanitation and making schools more welcoming for girls, read more on our gender equality case studies page.

Sexual harassment towards girls, practices like sex-for-grades and a lack of female teachers are serious issues in Mozambique, where one girl in ten has a child before the age of 15 (UNFPA, 2013). That’s why we’re training female teachers and running programmes to encourage girls to complete their education. Read more on our gender equality case studies page.

While living in a big refugee camp in Ghana, Mamin, 16, often met friends at the local open-air club. There, Mamin and her friends were exposed to the risk of prostitution, HIV and early pregnancy. But after learning about the risks of HIV at one of Right To Play’s youth schemes at the camp, Mamin has turned her back on the open-air club – and with it, the easy path to prostitution. Read more on our gender equality case studies page.