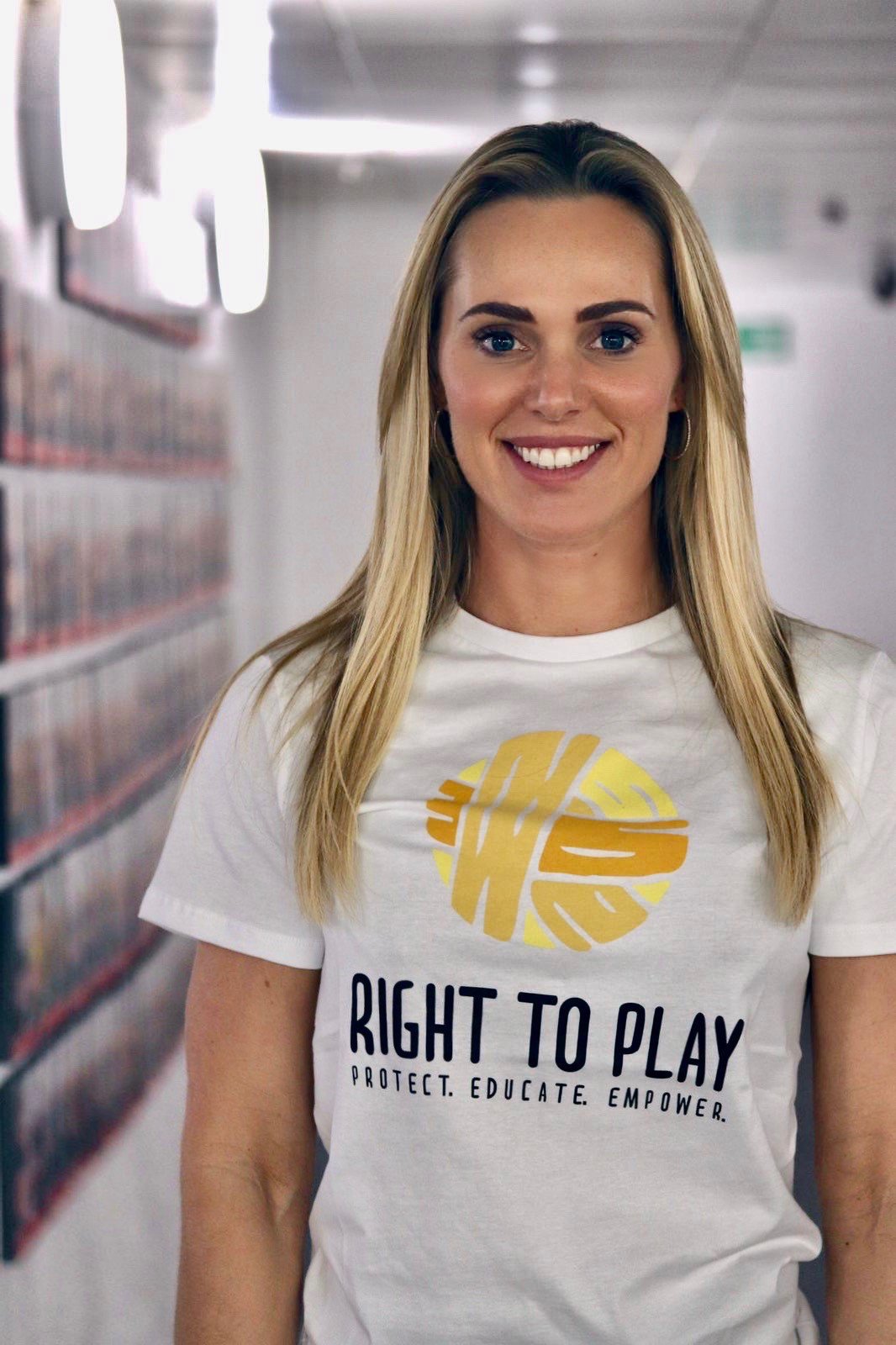 Three-time Olympian and 10-time British speed skating champion, Sarah Lindsay, has become an Ambassador for Right To Play, which uses sport and play to educate, protect and empower vulnerable children in some of the world’s poorest communities.

Sarah along with fellow Right To Play Ambassador Elise Christie, was part of the GB women’s relay team (3000m) who won gold at the 2008 ISU Short Track European Championships.

Along with her own athletic experience, Sarah was also strength and condition coach for several Team GB Figure Skaters, taking two of her Athletes to the 2010 Vancouver Winter Olympic Games. After retiring as an athlete in 2010, Sarah made the transition into full-time coaching and crossed over into the field of personal training. She uses her expertise and insight she gained while competing to help her clients reach their training goals. Sarah is now one of London’s most renowned celebrity personal trainers, her clients include Caroline Flack, Pixie Lott, Melanie Sykes and Sheridan Smith, to name a few. During the 2018 PyeongChang Winter Olympic Games Sarah also provided post-event commentary for the BBC with Right To Play Ambassador, British former World Cup alpine ski racer Chemmy Alcott.

Sarah is an advocate of women’s rights and is lending her voice to raise awareness of the plight of vulnerable girls around the world.

Sarah Lindsay states: “Sport continues to have a huge impact on my life and I feel passionately about the power of sport and play as great vehicles to change the lives of children for the better. Every child deserves the chance to succeed and I believe sport and play are powerful tools in helping them achieve this. I’m excited to be working with Right To Play and look forward to helping them continue their inspiring work.”

The launch of the partnership coincides with International Women’s Day on 8 March.

“I’m pleased to welcome Sarah as our latest Ambassador. As a former athlete, Sarah understands the positive impact sport and play has on young lives, and how it builds the critical life skills children need in order to take those important first steps out of poverty. She will be a superb advocate of our work”, says Nikki Skipper, National Director, Right To Play UK.

Sarah joins a leading group of Right To Play Ambassadors who embody the best values of sport and help raise awareness and funds for the children in Right To Play programmes.